Sieves as mechanical separators are primarily means of separating the grain size mixtures which are subject to cleaning or sorting. Commonly used sieves with flat working surface and oscillated movement. Regardless of their design, however, the separation process has a probabilistic nature and on the length of the separating bodies are most accurately describes the exponential dependence.

Separation capability, respectively quality performance of the mechanical separators are characterized respectively by the coefficient of separation 𝜇𝜇 and completeness (effect) of splitting (𝜀). Each of these features may depend on many factors, but it was found that the most х strongly influenced by the length of the separator ‘s body. In its essence, the coefficient 𝜇𝜇 expresses the probability of screening a single х grain particle moves through in a length unit.

The change in the coefficient of separation with separators having equal work areas do not necessarily lead to a change in the quality of their work. This can be explained by the fact that, under equal operating conditions the change of the length does not change their surface area, and this means a constant specified load and accordingly the same effect on the separation. From this standpoint, the coefficient of separation and the effect of separation can be justified based on the design parameters of the separator, which determine the working area. 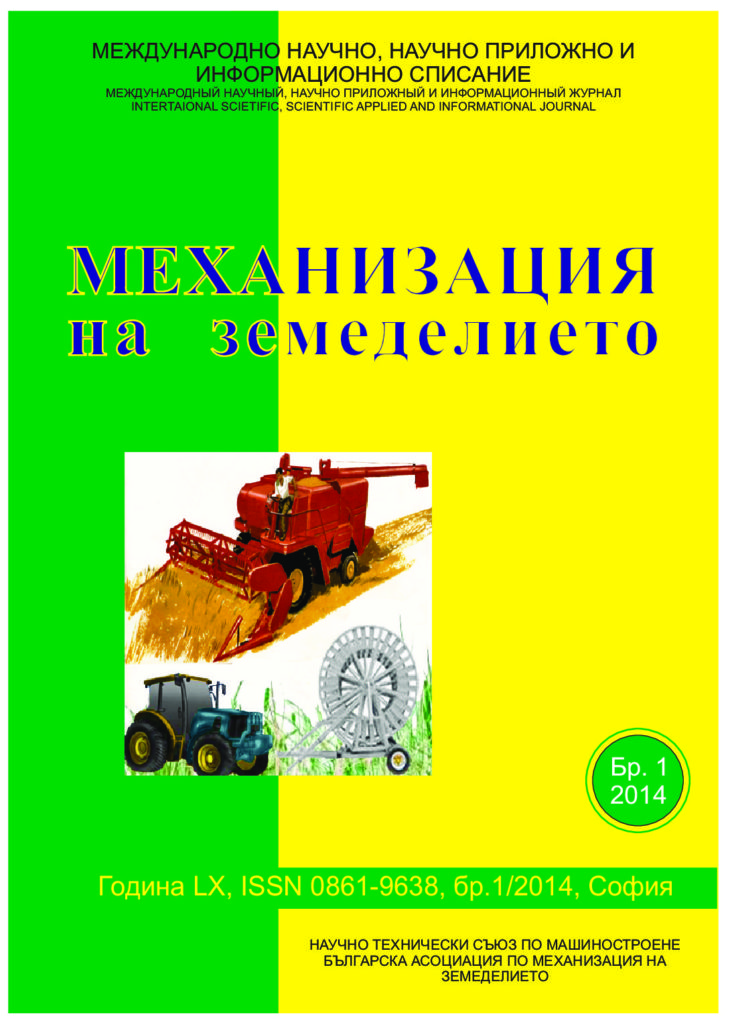 Mechanization in agriculture & Conserving of the resources
Vol. 60 (2014), Issue 1