The analysis of the problems to be solved in the engineering practice shows that the adaptation of an existing solution to work in new conditions is one of the most common design problems. For harvesting soybeans and other row crops in the country are widely used headers HPS produced by METAREM – AD Pavlikeni. They were created in connection with the introduction of technology for row harvesting of soybeans in our agricultural production, which is well known and widespread in the world practice. Through the analysis of the collaboration of TISEM – AD, Ruse and METAREM – AD on creating headers HPS, the contents of the engineering preparation for the production, is clarified. On this basis, a model (algorithm) to solve the engineering task of adapting an existing solution to work in new conditions is proposed. 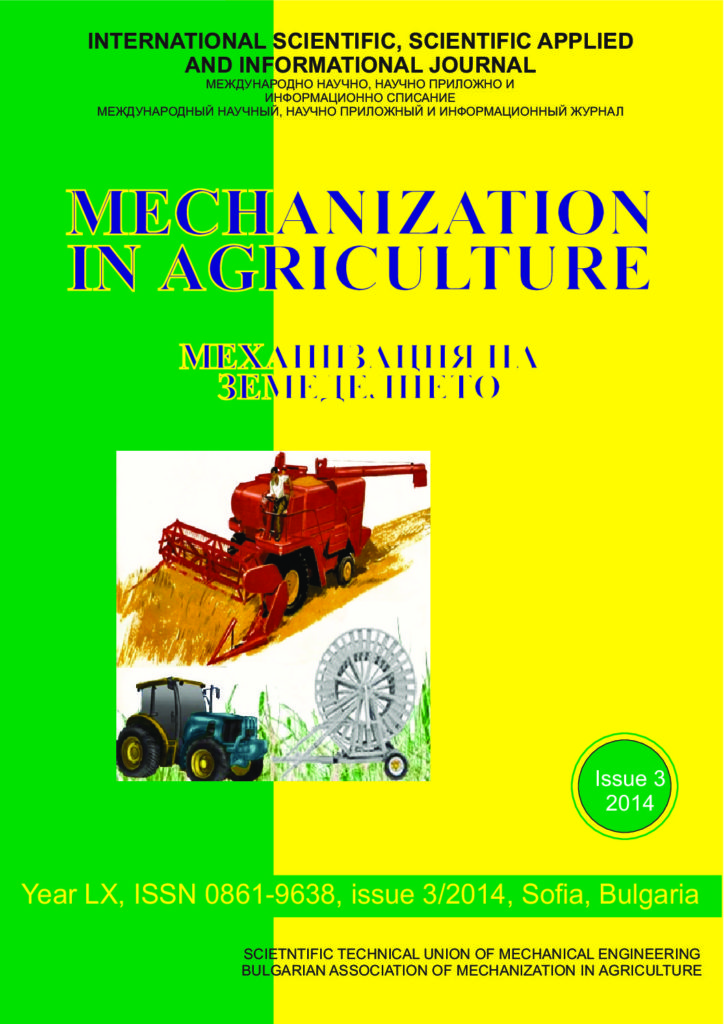 Mechanization in agriculture & Conserving of the resources
Vol. 60 (2014), Issue 3