In order to determine the optimal design and kinematic parameters of vibrational digging harvest technology of the sugar beet roots in relation to the physical and mechanical soil properties it is necessary to develop a new theory of the sequential oscilations of the sugar beet root during its vibrating digging from the soil. Such theory should be based on a deep study of the mechanism of force interaction of digs plough shares vibration working body with the body beet root and its further translational vibrations in the soil, as in an elastic medium.

In a first stage we have developed an equivalent scheme of the above mentioned harvest technology, there were determined all forces acting on sugar beet root (conic approximation) and surrounding soil (in depth of movement of the digging plough shares and deeper – point of relative gripping), there were given kinematic parameters of the oscillating action on the sugar beet root, and axes were introduced.

Next there were composed of linear second order differential equations with constant coefficients with the right parts, which describe the free and forced vibrations of beet root and its point of attachment along the axes, together with the surrounding soil root in the first stage extraction.

Results obtained by using of systems of differential equations obtained on the PC have enabled to formulate the law of motion of beet root in the process of direct extraction from the soil vibration, as well as calculate the frequency and amplitude of free and free accompanying vibrations and amplitudes of forced vibrations root as a rigid body in an elastic medium. 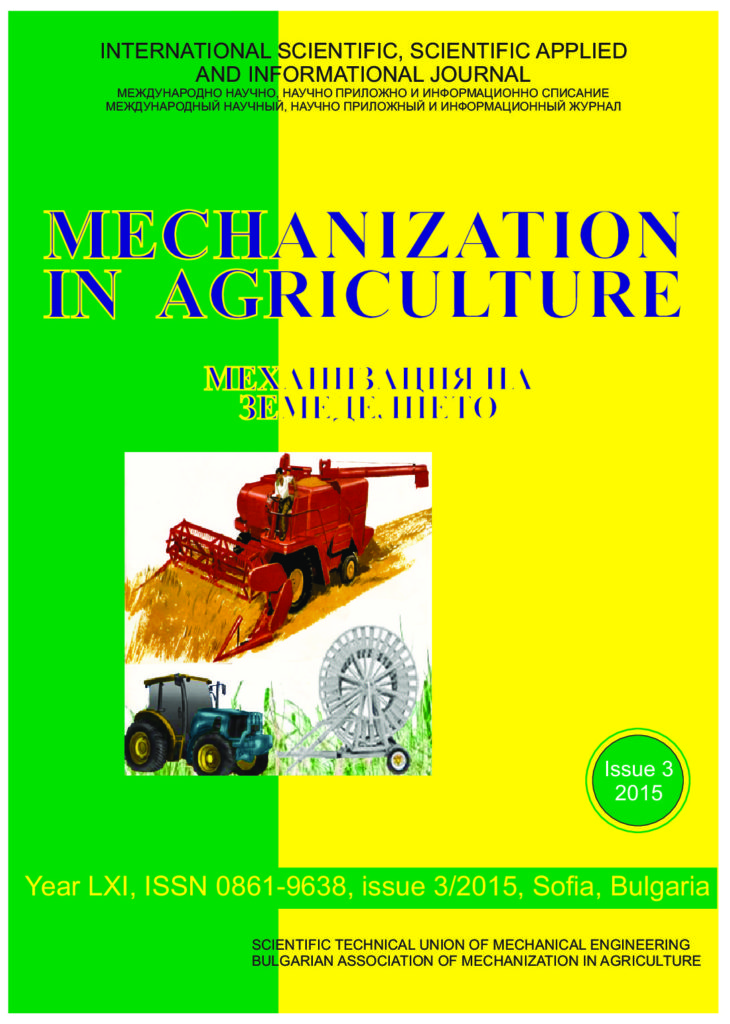 Mechanization in agriculture & Conserving of the resources
Vol. 61 (2015), Issue 3