A comparison has been made of four technologies for mechanized sesame harvesting in conditions of Bulgaria. The first is one- stage harvesting with grain harvester. The second is two- stages whole-plant harvesting. The third is two- stages harvesting where the first stage is collecting the sesame capsules and the second – threshing the capsules after draying. The last technology is one – stage seeds harvest- ing while the plants are "on roots". The first technology has been recommended for large and flat fields. The third technology has been the most suitable for production of seeds. The forth technology is suitable for small-size fields. For such conditions has been elaborated a prototype which harvests sesame at a humidity which is twice times higher than the optimal for grain harvester and at several times less consumption of energy. 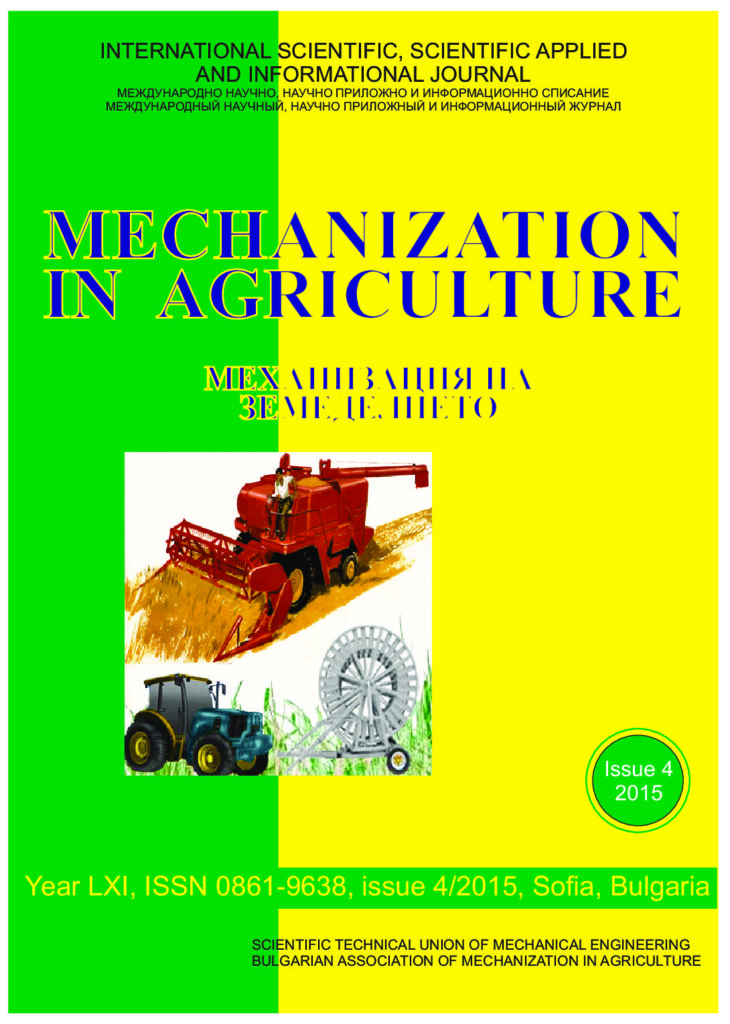 Mechanization in agriculture & Conserving of the resources
Vol. 61 (2015), Issue 4