This paper aims by changes in field soil compaction in dependence on time and weather conditions, like current air temperature, current weather conditions, average monthly air temperature and average monthly rainfall. Experimental data were taken from 11th November to 10th March 2017 nearby České Budějovice, the Czech Republic. The soil compaction was measured by penetrometer up to 80 cm at thirty different places. The average temperature in November was 2.1 °C and in December was -0.9 °C, which are common temperatures in this season in the Czech Republic. Magnitudes of the compaction are almost similar up to the deepness of 30 cm, whereas the soil compaction grows significantly from 20 cm of depth. There is a break-point at about 30 cm of deepness, where the magnitude of soil compaction stops growing and starts falling. The soil compaction from 30 cm and deeper decreased according to elapsed time after tilth. Interpretation of this data could assist in deciding on agricultural machinery passes over plowed soil with minimal undesirable compaction of the subsoil. 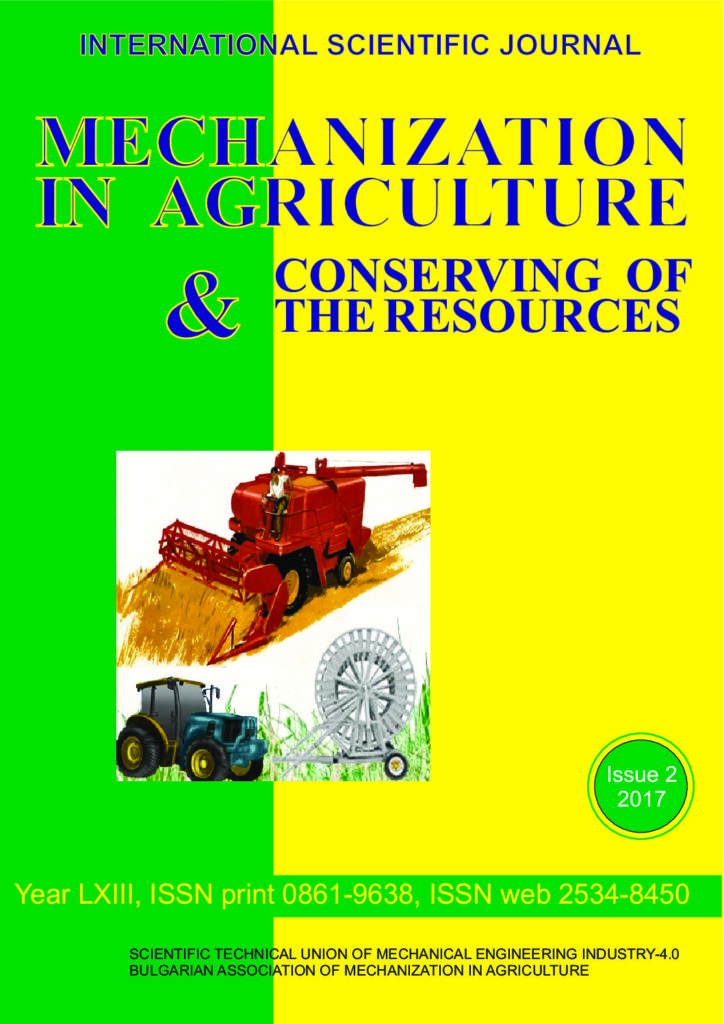 Mechanization in agriculture & Conserving of the resources
Vol. 63 (2017), Issue 2