The aim of the study was to evaluate the horizontal and vertical force of reversible moldboard plow at various operation depth and speed. A complete randomized block design was used with three replications, the first treatment was tillage depth with three levels 15, 20 25 cm and the second treatment was the forward speed with two levels 3.9, 6.3 km·h-1. The result showed that both forces were increased as increased of tillage depth and speed, however, the operation depth was more effective than speed, on the other hand, the horizontal force was more affected than vertical force by increasing both of depth and speed. 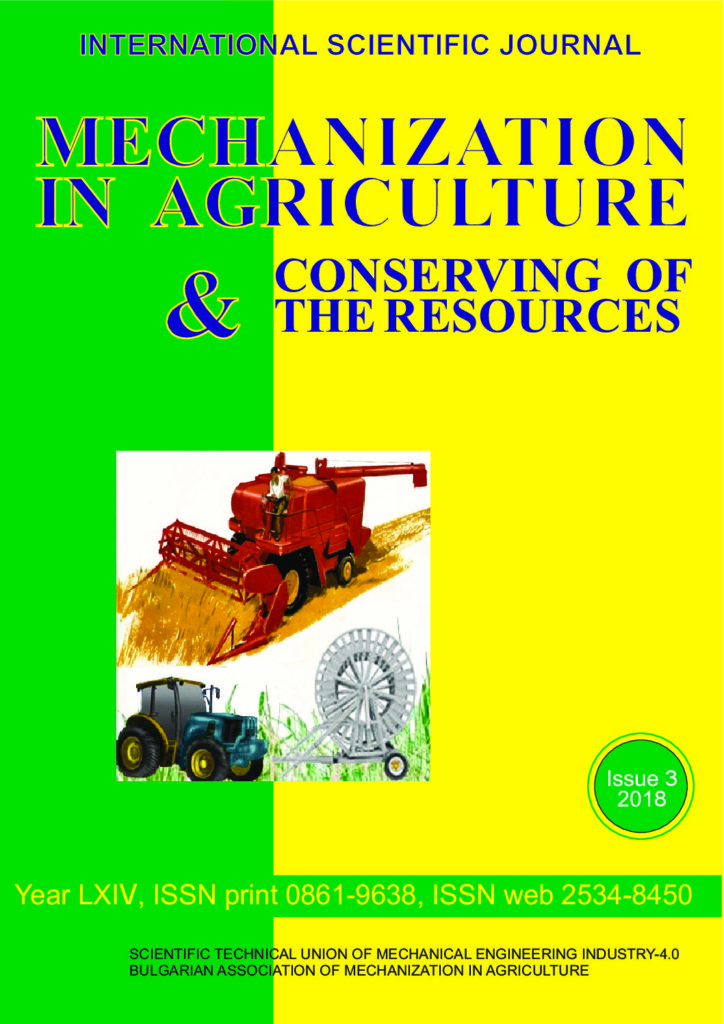 Mechanization in agriculture & Conserving of the resources
Vol. 64 (2018), Issue 3