In order to establish the parameters of the dependence of irrigation norm – yields of long – fruit cucumbers a field experiment was carried out in the period 2001-2004, on a chromic luvisols soil (chromic forest soil) . Different irrigation regimes have been tested – from full satisfaction of the culture’s daily needs of water, to irrigation with irrigation norms reduced with 20% and 40% .The soil moisture content in the layer 0-0.5 m is used as a criterion for determining the time for making a polish. Under optimal variant (variant 2), the same is maintained with over 85% of WHC.
It has been found that reducing the irrigation rate leads to a corresponding reduction in yield but it is disproportionate. In all cases, the reduction in yield is less than the decrease in the irrigation rate.Parameters of “water-yield” dependency are determined by the two-step formula of Davidov, which approximates the test points by S-curve at a correlation coefficient R = 0,999. The results show the variation of yields depending on the reduction of the irrigation rate. In the calculations obtained, the values of the gradation indicators n = 2,25 and m = 1,48 can be used to optimize the irrigation regimens of long-fruit cucumbers. 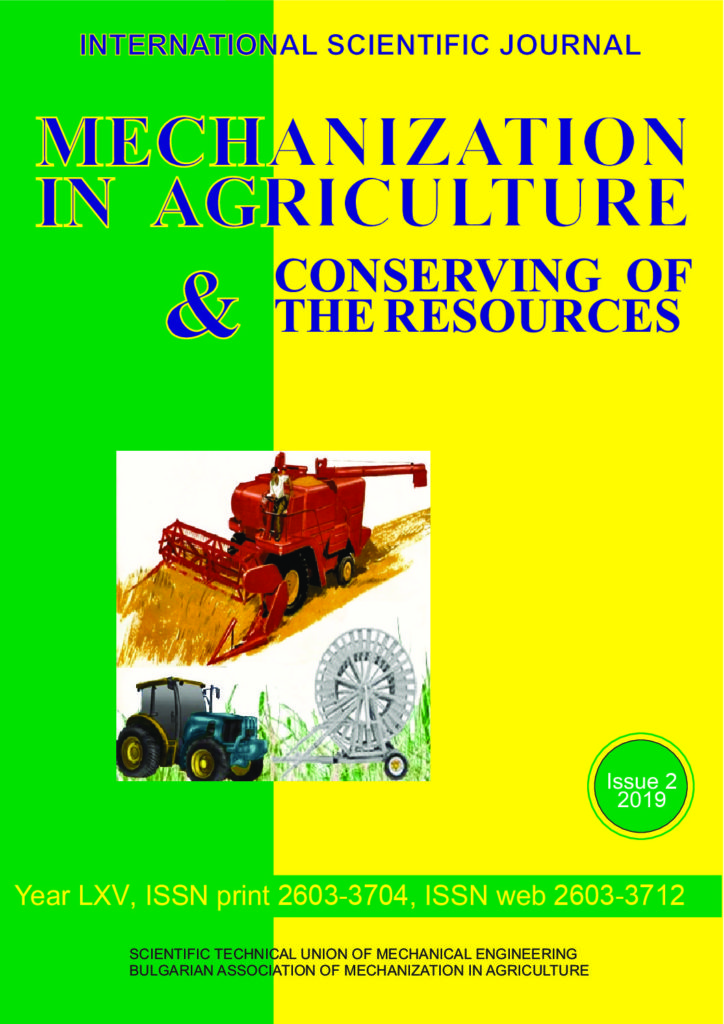 Mechanization in agriculture & Conserving of the resources
Vol. 65 (2019), Issue 2