Legumes are one of the major nitrogen sources in arable organic farms. Often the aboveground mass of perennial legume is used for green manure. The study was aimed to explore the aboveground mass of perennial legumes and their mixtures with festulolium, used as mulch, to estimate soil mineral N variation under organic cropping conditions. The perennial legumes (Trifolium pratense L., Medicago sativa L.) and their mixtures with festulolium (x Festuliolium) and their aboveground mass management methods: removed from the field (cut twice for forage), mixed management (the first cut – removed from the field, the second and third cuts – mulched), mulching (4 times) in organic arable farming system were applied. After ploughing up of mulches, the dynamics of soil mineral nitrogen content depended on the incorporated carbon and nitrogen of mulch, its C/N and meteorological conditions during the whole vegetation period. The compatibility of nitrogen release from incorporated organic matter and cereal nitrogen demand was established not every years. The amount of soil mineral N in the autumn can be controlled by growing mixtures of legumes and festulolium and by incorporating a limited amount of mulch into the soil. 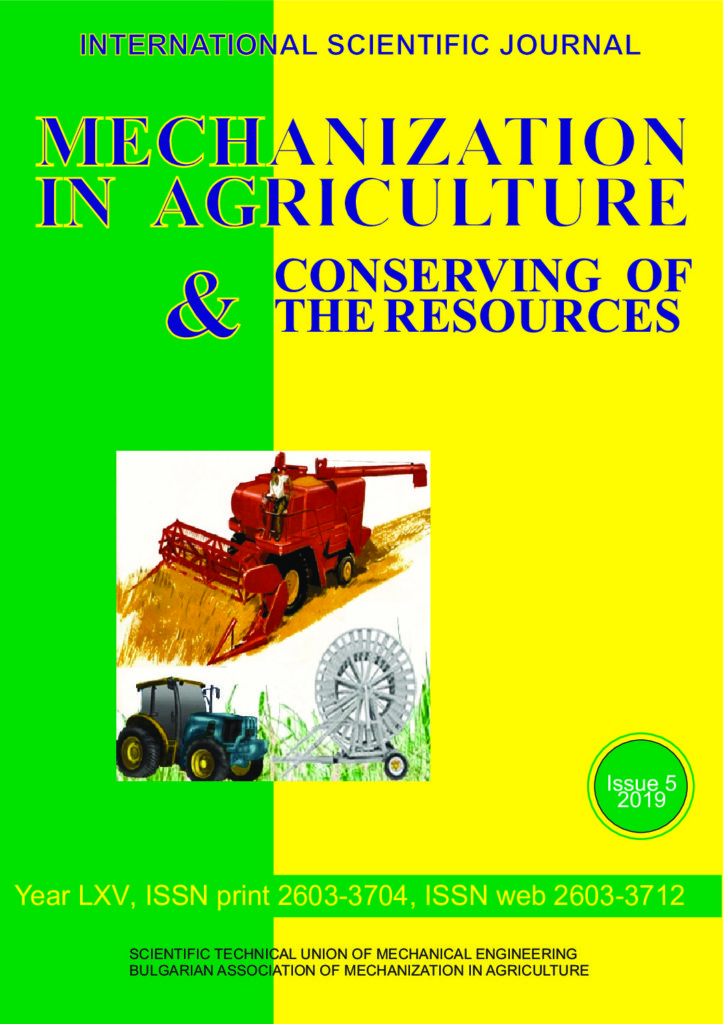 Mechanization in agriculture & Conserving of the resources
Vol. 65 (2019), Issue 5