The ionic composition and dissolved organic carbon (DOC) in soil solution of four soil profiles, from the area of Obruchishte were analyzed and relationships with soil hydrophobicity were discussed. It was found that the greatest variation and leaching of NO3-, SO4 2-
and Ca2+ were from the profile of Obruchishte under ash, while of Na+ from Obruchishte under pine. In Obruchishte profile after cereals the highest content of Cl-, PO43- and NO3- were found in the investigated soil solution. No significant correlation was found between the chemical elements and WDPT, except for Obruchishte, stubble. In this profile a significant correlation was found between the Ca2+ and Mg2+ concentrations and WDPT. Significant relationship (R*=0.63, p<0.05) between DOC and WDPT was established only at the experimental profile Obruchishte under ash. Differences in the distribution of soluble organic carbon in soil profiles in our studies is most likely due to the heterogeneity of the geological materials used as a substrate for reclamation of the studied sites 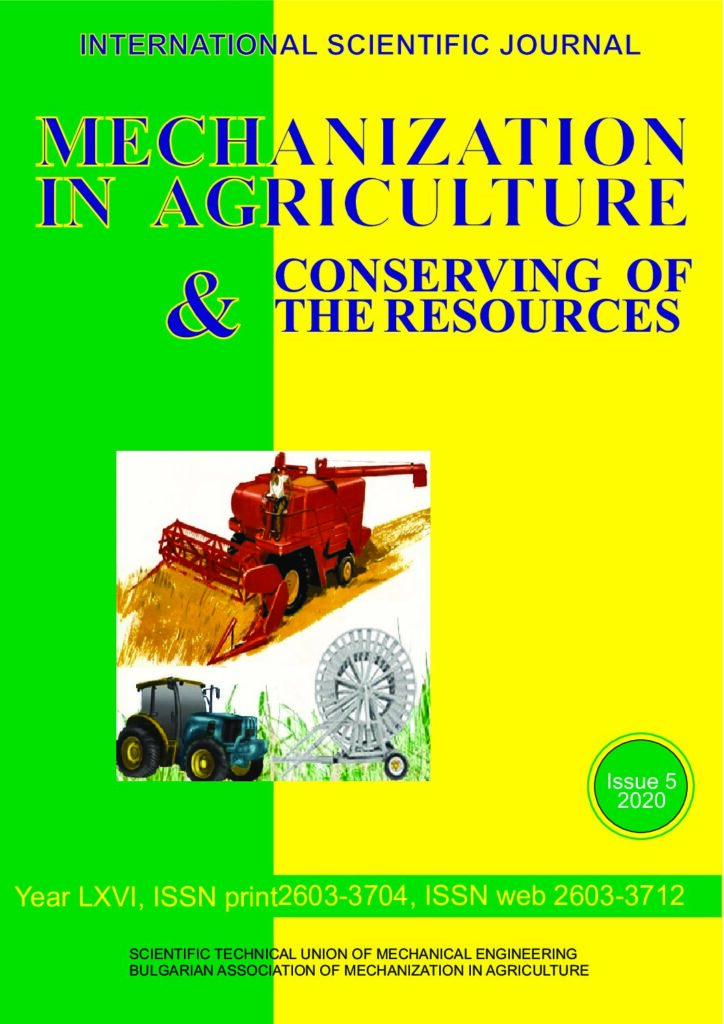 Mechanization in agriculture & Conserving of the resources
Vol. 66 (2020), Issue 5