Analysis of meteorological factors shows that the temperature sums during the vegetation of the main crops grow but are relatively stable, ie. they are not a limiting factor for their normal growth and development. Rainfall, however, in terms of quantity and distribution changes in a considerably wider range over ten days periods, months and years. The instability of this meteorological factor predetermines irrigation as a major event of the agro-technical complex, which is decisive for the achievement of high and sustainable yields. 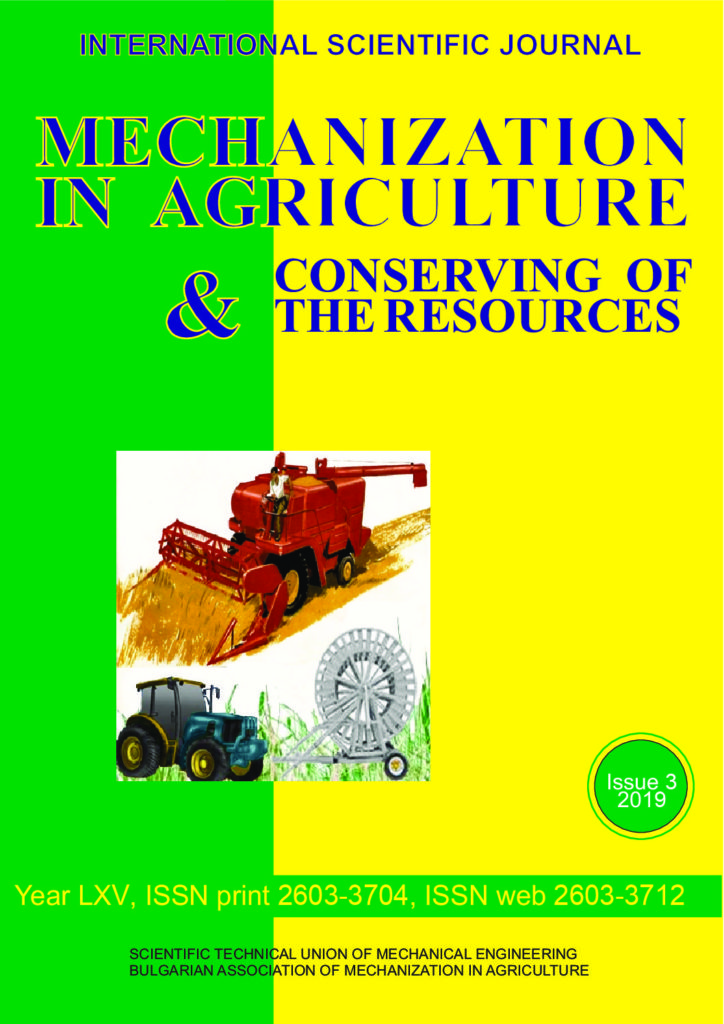 Mechanization in agriculture & Conserving of the resources
Vol. 65 (2019), Issue 3