Feeding of rooster sires with sprouted grain significantly increases their productivity. A new acoustic cavitation method of intensification of grain sprouting process is offered. In water sound waves are created. When passing sound waves in water in a vakuummetric phase liquid is broken off with formation of cavitational cavities. These cavities collapse in a manometrical phase of a sound wave. Influence of the collapsing cavitational cavities causes a stress of biological object, its fast awakening and the accelerated development. At the same time there is a heating and decrease in viscosity of liquid substances, increase of speed of chemical, physical, biological processes. Massage action from a collapse on membranes of cages strengthens diffusion and a metabolism through membranes and in cages. Dynamic impulses kill pathogenic microorganisms, and without chemical reagents and at low temperatures (200 – 300), that is without destruction of protein and mechanical damages etc.
Wheat seeds were treated in the passive zone of a vortex cavitator. This resulted in germinating ability increase on the third day from 43% to 88%, or in germination time reduction from three to one day along with the quality level comparable with the control lots. Germination ability of vortex cavitator-treated seeds at all modes, except for t=500, exceeds the germination ability of control lots sprouted with a traditional method.
Excess germination ability of the treated seeds in rela tion to the control lots is 200%, thus assuming a twofold feed quality improvement.
Germination ability of vortex cavitator-treated seeds after the first sprouting day is comparable with the control lot germination on the third day. This gives the possibility to reduce technological process time up to one day with the existing quality level. Irrigation of seeds treated in a vortex cavitator with water from the active cavitator zone increases germinating ability up to 97%, or reduces process time from three days to six hours providing the quality comparable with the original process.
In this method of processing some ways of impact on biological object are combined: soaking, thermal influence, vibration, cavitational, diffusive, etc. All seeds processed on a cavitator have the raised development indicators in relation to seeds of control party including on viability, energy of germination, this grain positively influences efficiency of roosters. 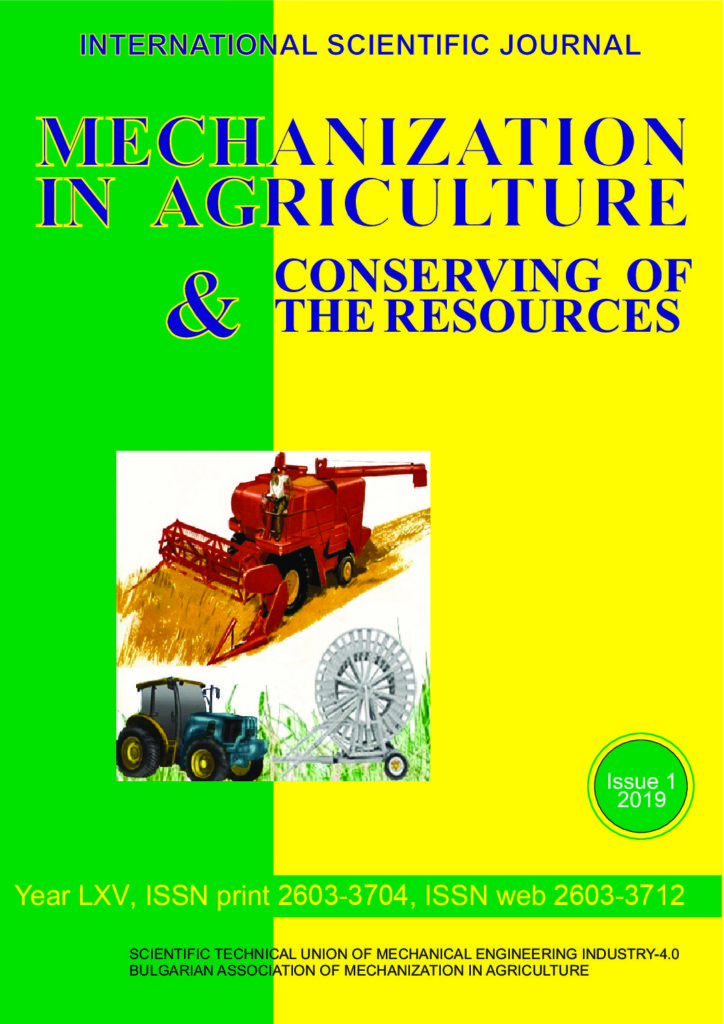 Mechanization in agriculture & Conserving of the resources
Vol. 65 (2019), Issue 1