One of the most important characteristics of the high performance operation of a state-of-the-art sugar beet harvester is the provision of the conditions that make impossible the damaging of sugar beet roots immediately during their digging out of the ground as well as their loss in the form of broken off tails, which either remain in the ground or get left on the field surface. It is quite obvious that the highest probability of damaging sugar beet roots exists at the instant of their impact interaction with the digging tools, because then the bodies of the roots are tight in the ground. This is to the greatest extent applicable to vibrating digging tools, which can be found on the majority of up-to-date sugar beet harvesters manufactured worldwide, when they operate under the conditions of dryer and harder soil.

Therefore, we have carried out theoretical research into the process of impact interaction between the body of a sugar beet root fixed tight in the ground and the vibrating digging tool, the results of which provide sufficient grounds for determining the optimal kinematic and design parameters of the vibrating digging tool stipulated by the requirement to eliminate the damage of roots during their digging out of the ground. At first, we developed an equivalent schematic model of the force interaction between a sugar beet root fixed tight in the ground, which was approximated by a regular cone, and two shares of the vibrating digging tool simultaneously oscillating in the vertical longitudinal plane at the preset amplitude and frequency and moving onward. Under these conditions, the body of the sugar beet root made contact at one point with only one share of the digging tool, i.e. they came in asymmetric contact and their impact interaction took place. We introduced the axes of a three-dimensional Cartesian coordinate system and found the analytical expressions for all forces applied to the sugar beet root at the specified point and also for the force of its bond with the soil. Also, we took into account that an impact momentum was applied at the point of contact at the moment of impact, its value was found analytically, and further we found its projections on the coordinate axes. Then we applied the theorem of variation of the momentum during impact and, following the substitution into it of all found values and transformations, we obtained a new system of equations that characterised the impact interaction process under consideration.
The obtained system of equations was solved using Cramer’s rule on a PC with the software programme developed for this purpose. As a result, we found the digging share vibration frequency and soil running depth ranges, within which the requirement to eliminate the damage of tail parts of root bodies fixed rather tight in the ground was met. Applying the devised theory it becomes possible to determine the kinematic and design parameters of the vibrating digging tool that ensure observance of the requirement to eliminate the breakage of root bodies during their lifting from the ground, within a wide range of the soil’s mechanical and physical characteristics. 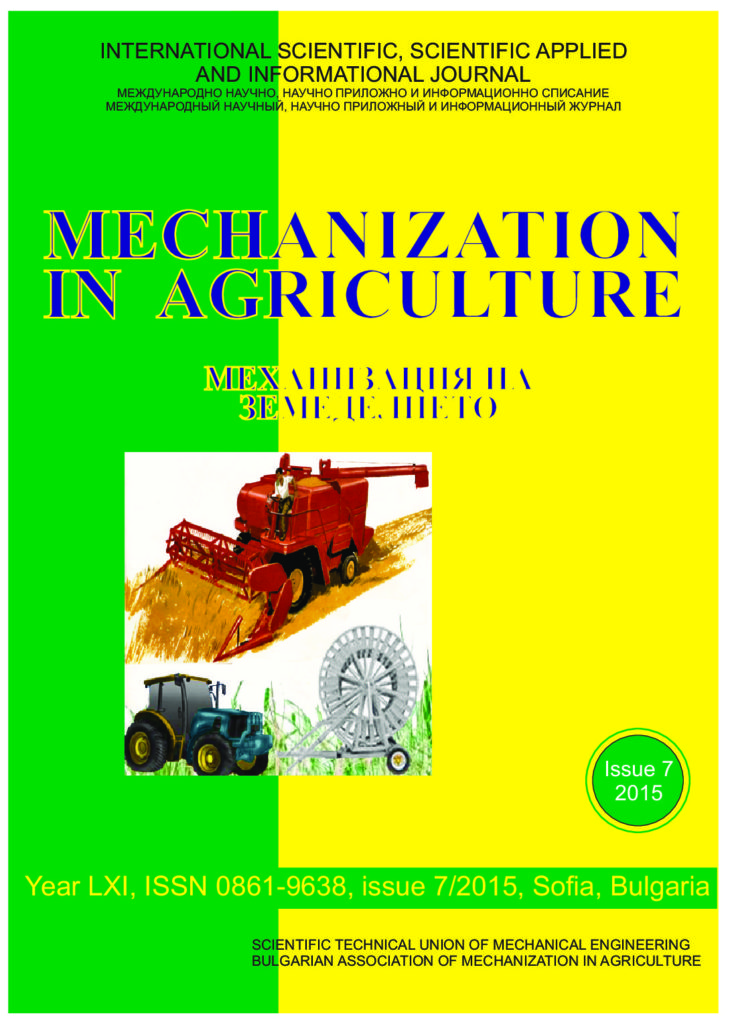