Soil water retention and soil compaction are very important factors in the plant production and environment protection. The field investigations of the variation of soil moisture and soil density of Luvisol loamy sand in arable layer and in hard pen during sugar beet growing season in conventional tillage with implementation of mineral and organic fertilization were realised. In the growing season the soil moisture extremely fluctuates in the range from 4 to 18%. At the same time, it causes fluctuations of soil density, which totally decreases in time. Starting from June one can observe that the natural changes of the soil moisture cause contrary changes of soil density. Mostly, the soil moisture and soil density variation during growing season are similar in ruts and at the field besides the ruts. Generally, the organic fertilization increases the soil retention to about 4 % in arable layer and profitable enhance the loosened action of water. 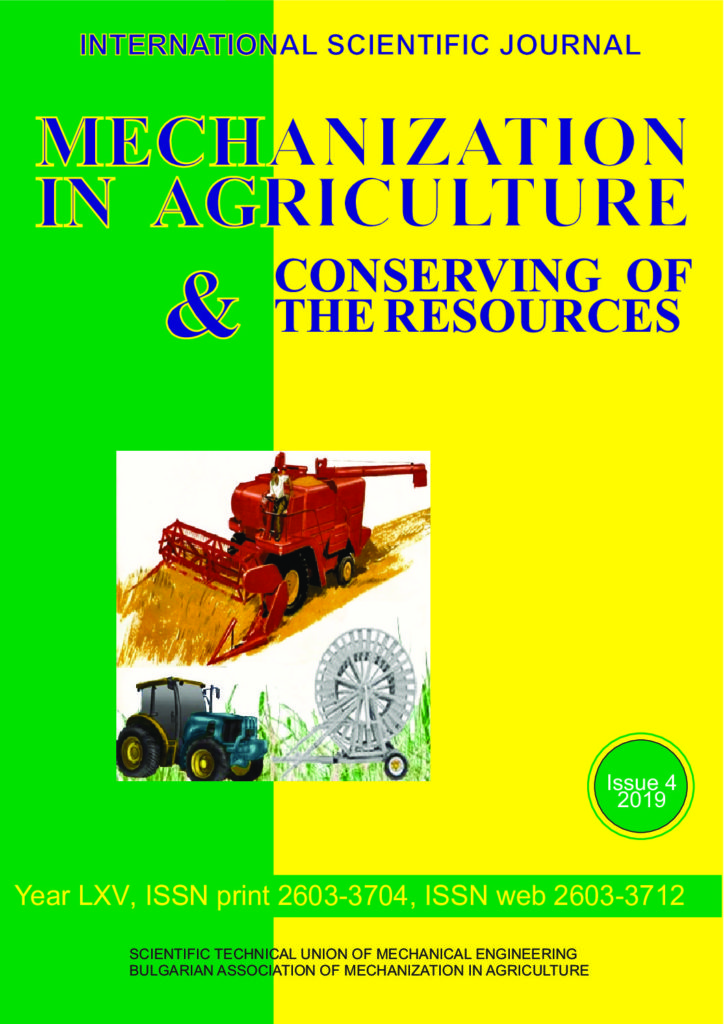 Mechanization in agriculture & Conserving of the resources
Vol. 65 (2019), Issue 4