The aim of the study was to establish the influence of the irrigation regime on the yields of tomatoes and green beans, irrigated by sprinkling in open areas.
In order to achieve the set goal on a leached cinnamon forest soil in the area of the Sofia irrigation system (experimental field Chelopechene (IHM) now ISSAPP “N. Pushkarov”) a field experiment was carried out with tomatoes of Balkan variety and green bean variety “N ikos” , grown at varying degrees of satisfaction of their water needs. The maximum evapotranspiration was determined by compensatory lysimeters,as in options 3 and 4 it was reduced by 20 and 40%, and in option 1 it was increased by 20%. compared to the version with 100% ETM.
Two of the years in which the field experiments were conducted in terms of the amount of precipitation are very dry with a security of 88.7% and 86.7%, and one year is an average with a security of 51.0%. The high temperatures during these years, combined with the lack of rainfall have predetermined the need for irrigation of vegetable crops.
According to the amount of precipitation during the vegetation period of tomatoes, on average for the study period 8 irrigations with irrigation rate of 373 mm were realized in variant (120% ETM), and in green beans for the same variant 6 irrigations with irrigation norm 300 were realized. mm.
The highest total and additional yield is obtained with irrigation with 120% ETM in both crops 7800 kg / dka. (tomatoes) and ETM 240 kg / (green beans) on average for the study period.
It was found that the reduction of the irrigation rate leads to a corresponding reduction, but not in proportion to the reduction of the possible maximum yield. In all cases, the reduction in yield is less than the reduction in the irrigation rate for both crops. 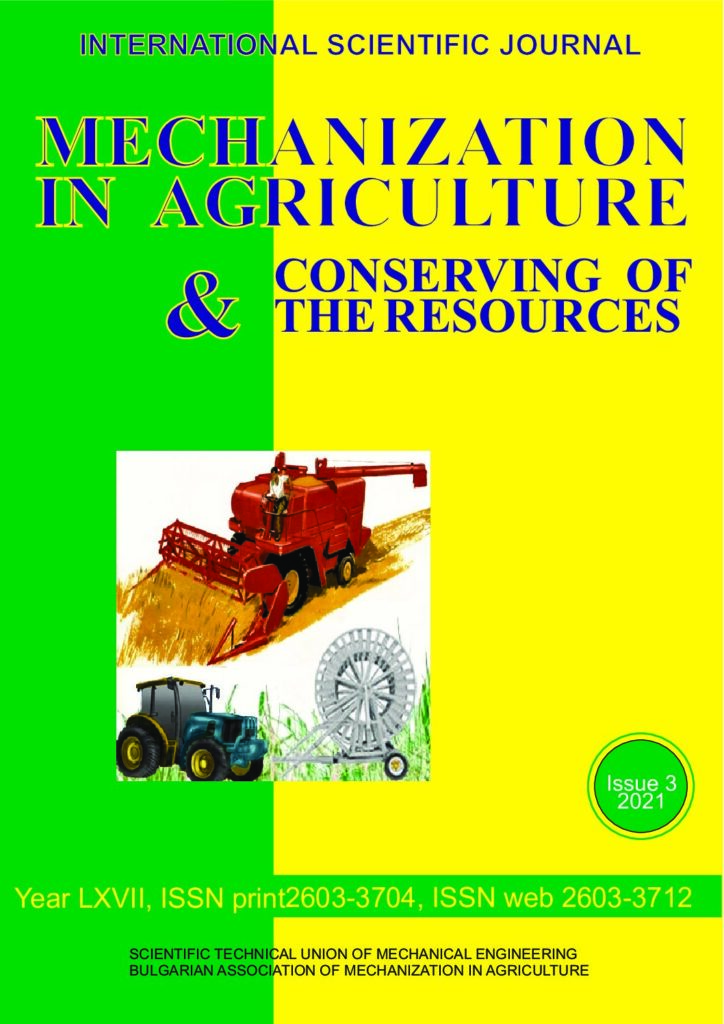 Mechanization in agriculture & Conserving of the resources
Vol. 67 (2021), Issue 3