The problem of updating agricultural technology, particularly in the field of agriculture, is important for agriculture. Alternative technology solutions that meet the performance criteria are a prerequisite for successful economic activity.
The aim of the study is to determine the effect of the application of an agro-technical complex of events, which successfully supports the soil fertility of the Planosoils and the sustainable level of productivity of the field crops.
In the field experiment in the station for irrigation agricultural Pazardzhik Valley, in three-polar crop rotation maize-barley-rape are studied three factors – soil tillage system, mineral fertilization and ways of managing plant residues.
The study found that the moisture content of the soil was mainly influenced by the type of treatment applied (loosening as a main plow and plowing as a pre-sowing) and the use of plant residues. The over compaction found in the beginning of the experiment in the 25-40 cm layer is partly overcome by performing a deep rupture to the depth of 35 cm. Despite the short period of the study, there was a certain decrease in the content of digestible potassium forms. The results show the activation of the microbiological activity after planting of the plant residues – an increase of the amount of the cellulose microorganisms and of the ammonifiable bacteria, the most noticeable in the high fertilization rate and the intensive treatments. The main part in the formation of crop rotation productivity is mineral fertilization. The impact of the tillage system is more marked in the first year of maize and especially during the third year of rape. Lack of fertilization influences yields significantly in rapeseed compared to maize and barley. 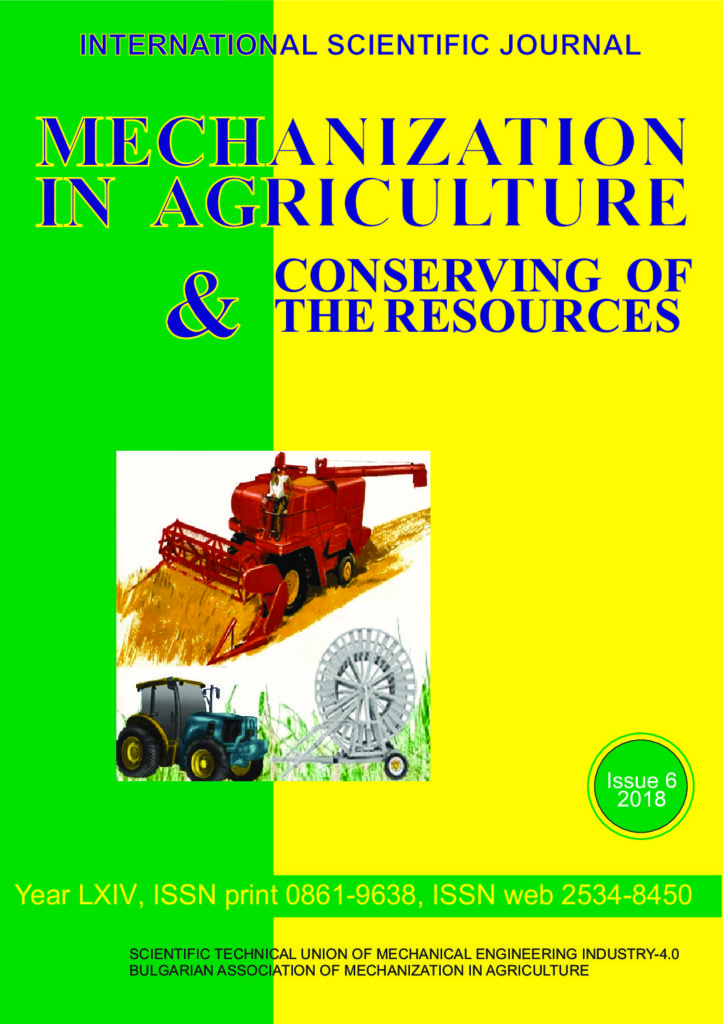 Mechanization in agriculture & Conserving of the resources
Vol. 64 (2018), Issue 6