The original design of a cavitator is a volute (snail) with a tangential inlet connected to the pump and an axial outlet which is attached to the body in the form of a cylindrical tube, which ends with a braking device and a central hole connected to inlet of the pump.
Proposal: 1) to equip cavitator with axial gas extractors in the volute (snail) and at the output from the body, 2) exclude the snail (volute) from the construction and control the interaction of flows by dividing stream leaving the pump into two parts and then merge them in the camera in front of body, 3) organize an axial jet in body with the required structure by using ring nozzles, 4) reduce a vortex component of the current by installing a second straightening snail (scroll) before the body, 5) design the pump as an active generator of elastic vibrations of useful frequencies while maintaining its primary function; – separate it with antivibration bushing. 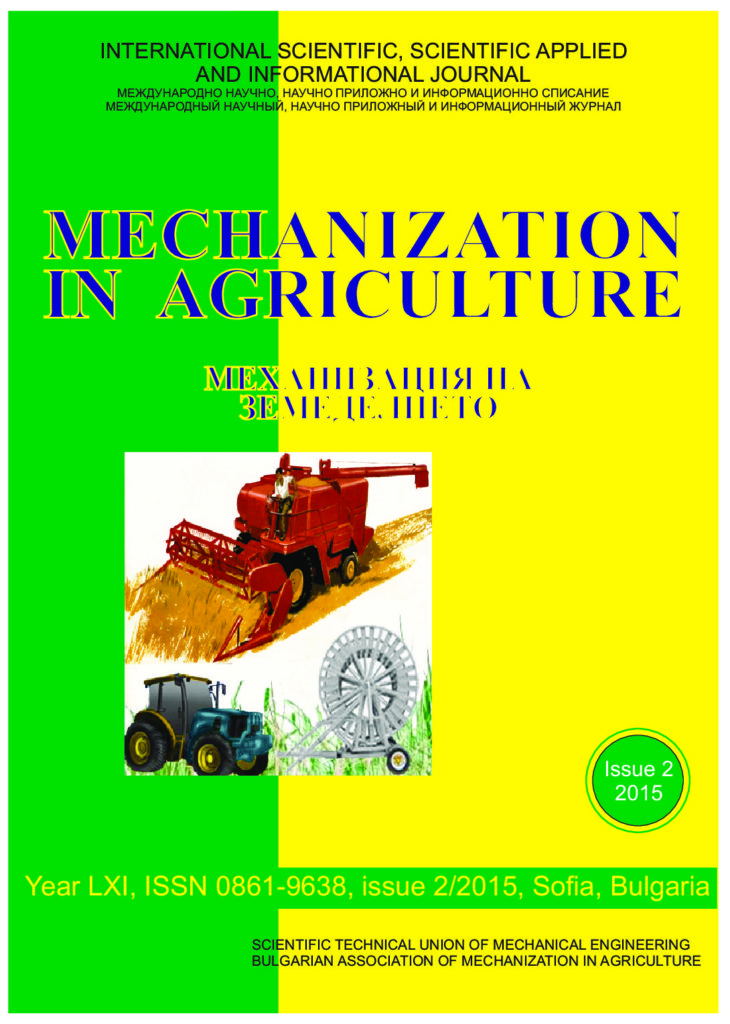 Mechanization in agriculture & Conserving of the resources
Vol. 61 (2015), Issue 2